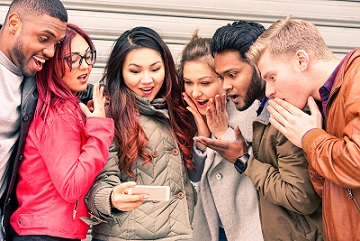 
Join Survivor 2 contestant and radio Morning Show Guest Mitchell Olson on his Haunted Downtown adventure, filled with paranormal lore while solving tricky scavenger hunt clues. You'll learn about Larry, the poltergeist living in the Orpheum Theatre, and find out where you're most likely to be spooked in the Washington Pavilion. Grab your family and friends for this dusky downtown autumn affair. Teams consist of 2-6 people. Feel free to bring your own team, or join other teams at the start. You'll only need a sharp mind, and a good pair of shoes…the scary stories will keep you warm with adrenaline long after the hunt!

If forming your own team, please register together or note the group participants during your registration.

TV credits include: contestant on CBS's Survivor 2, where he went on to win the Emmy for Best Reality Cast, as well as the Peoples Choice award. Mitchell won a foosball table on The Price Is Right, guest (and performer) on Letterman, Rosie, Regis, Howard Stern, Ricki Lake, Craig Kilborn, Early Show, Kathy Griffin, VHI: I Love The 80's, Wheel of Fortune, Anna Nicole Show and bottom left Square on Hollywood Squares. He went on to work as a casting director for a number of Network Reality shows, including ABC, TLC, VH1, NBC and BBC. Some of the reality shows he has cast in the past include: WHAT NOT TO WEAR, THE BIGGEST LOSER, AMAZING RACE, WIFE SWAP, to name a few. He also teaches piano lessons after school. Once a week he is the "Entertainment Expert" for KSFY news, where he covers local theatre productions, concerts and movies on the morning show with Shawn and Kamie. Every Friday morning he co-hosts the 104.7 radio show with Andy and Tasha.