Sorry, this course is full. 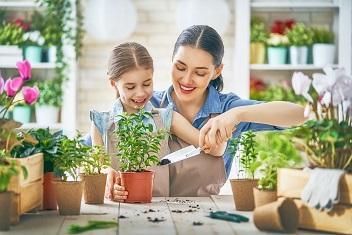 Do you have a black thumb but still dream of having a lush, green oasis in your home? Make the green thumb dream a reality in this hands-on ‘houseplantstravaganza’ and learn to care for all indoor plants from tropicals to cacti. Dump those dusty silk flowers and fake trees. Real plants filter toxins and enrich oxygen. Choose a plant of your own to take home after class with the know-how to make it thrive. All materials included. Additional plants available at class.

Joshua Cooper is a local from Humboldt, SD and has recently returned after performing for the last decade! Before earning his BFA in Acting at BYU, he performed literally hundreds of times on multiple stages in dozens of roles. Most noteworthily as Wesley in a stage adaptation of The Princess Bride, Greg in Reasons to be Pretty, d'Artagnan in The Three Musketeers, and the title character in The Picture of Dorian Gray. He also toured elementary schools with a Children's Theater performing Babe. After graduating, he moved to Los Angeles to pursue film acting. During his 4 years in California, Joshua landed two feature films, several guest star roles in TV shows and booked multiple commercials! As of 2021, you'll find him nurturing his roots and tending to his passion for plants and green thumb in his plant shoppe, The Deku Tree, in downtown Sioux Falls.