Prepare to be inspired, grow as a musician & have fun at summer band camp! Join director Ali Dunbar, & John Laughlin, for six weeks of mentoring, instrumental creativity, leadership, and collaboration! Students entering grades 6-12 will learn a variety of musical concepts, develop performance skills, and delight our community with concert opportunities! Spend this summer exploring the world of all things "band", and join other creative and passionate musicians as you nurture your love of music!

*Students do not have to attend a Sioux Falls School District School to participate in band camp. Students are still welcome to participate even if they will miss rehearsals or a concert.

*Please make sure that the registration is in your student's name. Registration cutoff is 5 business days before camp starts. 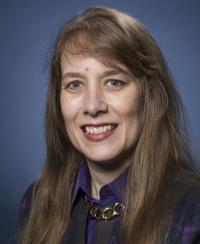 Marian Casey is the orchestra director at Northwestern College (Orange City), cello instructor at NWC and Dordt University, and associate principal double bass of the South Dakota Symphony Orchestra. She is a graduate of the University of Sioux Falls (B.A. in music composition) and the University of Minnesota (M. Music in double bass performance), with further studies in performance and pedagogy (cello, viola, harp, percussion), ensemble rehearsal techniques, music notation software, and orchestral administration.

Unconstrained by genres, she has performed as a jazz bassist with Branford Marsalis, Arabic drummer for the Guild of Middle Eastern Dance, treble vocalist with the Rose Ensemble for Early Music, improv cellist for a documentary soundtrack, bassist in ballroom dance bands across Siouxland, and played in local backup ensembles for touring notables from Bob Hope to the Moody Blues to Sir James Galway. Marian lives in Sioux Falls with her bass-playing husband, John. 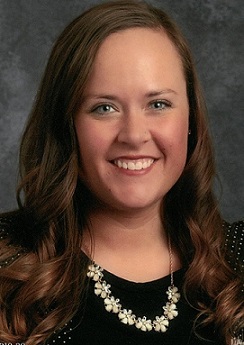 Ali Dunbar (Hoffman) serves as the band director at Pettigrew Elementary where she teaches fifth grade band and is one of three band directors at Patrick Henry Middle School where she teaches sixth through eighth grade band.  She was raised in Sioux Falls, South Dakota and earned her Bachelor’s degree in Instrumental and Vocal Music Education from Augustana College and a Masters degree in Educational Leadership from the University of Sioux Falls. She has taught instrumental and vocal music in South Dakota from the Kindergarten to Eighth grade level.  In addition to her duties as a band director, she maintains a music studio teaching over 30 clarinet and piano students privately, has served as an instrumental clinician around the state of South Dakota, is the manager of the Festival of Bands USA Marching Band Competition in Sioux Falls, SD, directs the Summer Youth Bands through the Sioux Falls School District and actively serves on educational leadership committees throughout her school district.

John Laughlin has been a band director at Memorial Middle School in Sioux Falls since the Fall of 2004. He first served as Assistant Band Director and is now in his 10th year as Head Band Director. He conducts 6-8 Band, Jazz Band, Signature Show Choir Band, Marching Band, and the Mustang Wind Ensemble.