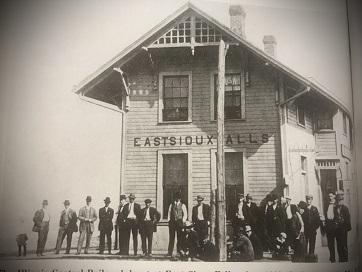 Frontier towns were dependent on railroads to prosper and grow. East Sioux Falls enticed the Illinois Central Railroad to lay its tracks directly through the town in 1888. Quartzite was a thriving industry and fortunes were waiting to be made. Find out what happened to our sister city, and take a tour of the East Sioux Falls Historic Site. 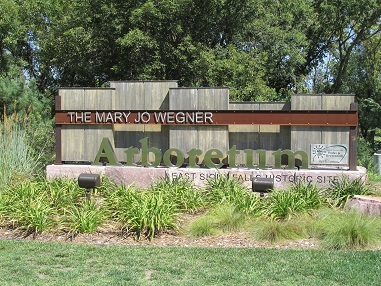 Mary Jo Wegner Arboretum & East Sioux Falls Historic Site Our mission is to nurture connections between plants and people, past and present, in an inspiring natural setting that invites discovery. 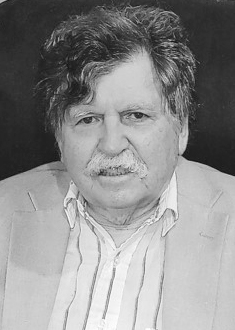 Wayne was born in Sioux Falls, SD and raised "out in the country" always living near Sioux Falls, except for a short stay in Iowa. His early years were entirely rural and his elementary education was attained in small, wooden country schoolhouses. He graduated from Washington High School in Sioux Falls, joined the United States Marine Corps and was stationed at Camp Pendleton, California.

In the fall of 1964, after being discharged from the Marine Corps, he attended one semester of college at Augustana College in Sioux Falls. But he heard another voice and it was music. So in 1965 he moved to Los Angeles and pursued a career as a rock 'n roll musician and songwriter. As a guitar player he sang and performed in rock bands in Los Angeles in the mid-and late 60's. It was when he was a student at the University of California, Santa Barbara, that he acquired an interest in history. He took a course called "History of the American West" and found he was fascinated with the frontier experience and how it shaped the American character. He graduated with a BA degree in history from UCLA in 1973.

Next, he attended law school at Thomas Jefferson School of Law in San Diego and earned a Juris Doctor of Law Degree. He was admitted to the California bar in 1980. He entered into private law practice in San Diego and maintained a law office until 1993 when he returned to Sioux Falls for a career change. After 14 years of work as a corporate attorney in Sioux Falls, he is now retired from professional life and very active in the business of writing. He has a daughter and two grandchildren.

He has eleven published non-fiction books on a variety of topics, including Dakota frontier justice, the Civil War and historic true crime including "Where the Sioux River Bends".